Today, the climbing world’s eyes turned to Innsbruck as the IFSC Climbing World Championships get underway. The World Championship, a biennial event, attracts top climbers from all around the world to compete in lead, bouldering, speed and paraclimbing.

Big names such as Adam Ondra, who will be vying for a record-breaking third Lead World Championship in a row; Jernej Kruder and Miho Nonaka, the 2018 IFSC Bouldering World Cup season champions for men and women,  respectively; and Petra Klingler, the reigning Bouldering World Champion, will all be competing this year. Just two years away from climbing’s debut in the Olympics, this event will in many ways serve as a dry run for Tokyo.

The Championship kicked off this morning with the Women’s Lead qualifiers. For a complete list of results, click here. Opening ceremonies took place today at noon MST and closing ceremonies will take place Sunday, September 16th. Over the course of the next ten days, history will be made as the best climbers in the world battle it out on the competition circuit’s biggest stage. Be sure to check rockandice.com for breaking news coming from Innsbruck and updates on results! 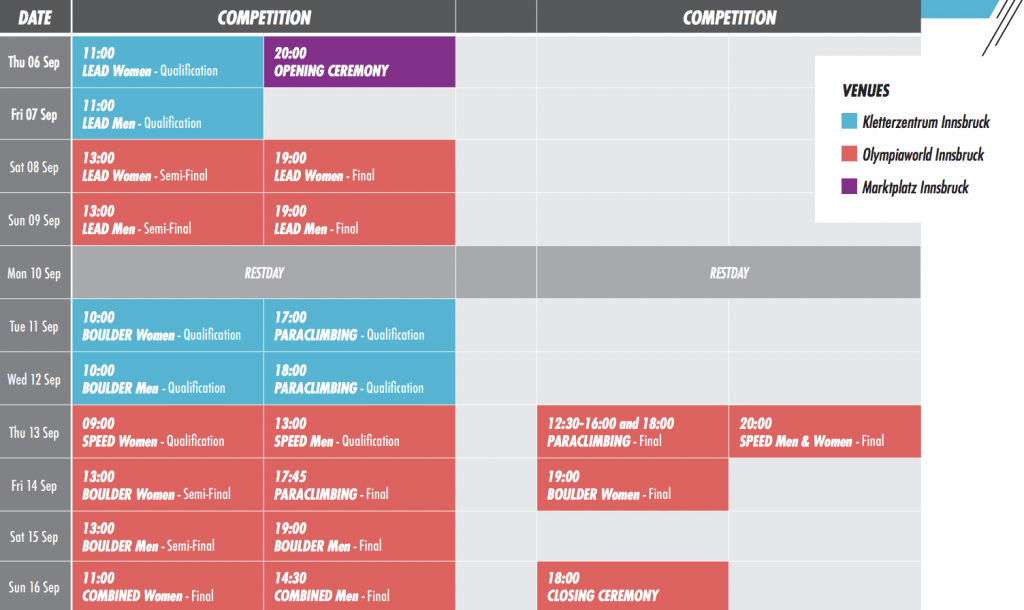 Since the COVID-19 outbreak and the postponement of the 2020 Olympic Games, it’s ... The YETI Bouldering Open Nationals took place this past weekend in Redmond, Oregon. The ...